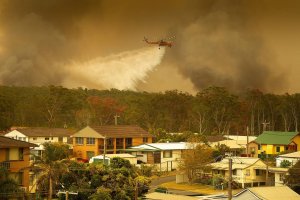 Australia is battling some of the most dangerous wildfires it’s ever seen.

New South Wales premier, Gladys Berejiklian, declares a state of emergency as fires rage across western and southern Australia. Already three people have died and over 150 homes have been destroyed. People in fire-prone areas have been told to evacuate.

Extreme drought has left most of the region very dry. These conditions have given way for uncontrollable fires to burn, threatening the lives of people in the area. The Bureau of Meteorology predicts “hot, dry and gusts of wind” only worsening the conditions.

The fires have given the rating Catastrophic. It’s the first time the rating has been used since it was introduced in 2009 after the Victorian Black Saturday bushfires, where fires killed 173 people and destroyed over 2000 homes. It will be extreme fire danger in the Central Ranges, North Western, North Coast, New England, Southern Ranges, and Northern Slopes.

For some, the fires have turned political, disputes about the role that climate change has to do with these fires. Deputy Prime Minister Michael McCormick blamed “raving inner-city lunatics” for linking the fires to climate change. However, commissioner of the NSW Rural Fire Services, Shane Fitzsimmons says his main concern is “life safety”. 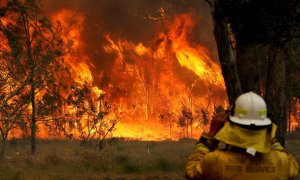 Listing vs. Selling To Us

Which route is quicker?
Puts more cash in your pocket?
Has less hassle?

Get Your Fair Cash Offer: Start Below!